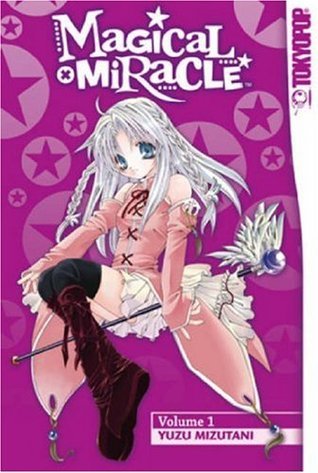 Here I am trying to delve into manga again... unfortunately, this is a manga long out of print in the US when TokyoPOP went out of business way back when. Magical x Miracle by Mizutani Yuzu is definitely worth a read! I was one of my first manga series to read when I was young. A bunch of TokyoPOP manga that are out of print are! This was before the rest of the manga companies gained steam, when TokyoPOP was one of the only manga publishers in America!

Anime: No Game No Life by Yu Kamiya 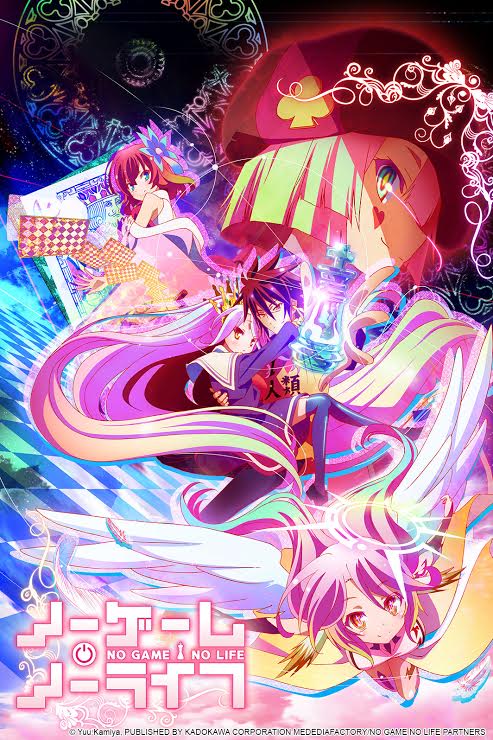 No Game No Life is just as good as I remember it being when it released in 2014! I am still wishing on a second season but they've at least made a film since the end of the season, so hopefully that will fulfill my needs for the moment.

This was my first isekai anime I had ever watched and I can say that, hands down, that I absolutely love it! No Game No Life by Kamiya Yu is about a pair of siblings, Shiro, 11 and Sora, 18, who are NEETs. NEETs meaning they are not in education, employment, or training, meaning military. They stay home all day and play video games. They have insanely high intelligence and never lose any game they play. Their usernames on their accounts are left blank so they are called [ ], Kuhaku or "Blank" in English.


They are taken to a new world after beating Tet, the god of play, at an online game of chess. Prior to the game, Tet sends them an anonymous email asking these questions relating to whether or not they were happy in their world. Bottom line, no they were not happy, so after the game Tet took them to his world where absolutely everything is decided with a game. And he explains to them the ten pledges the world of Disboard runs by. Thus, they were reborn to their ideal world.

Anime: Is It Wrong to Try to Pick Up Girls in a Dungeon? by Fujino Omori (Season 1)

This was the anime that opened new doors, relatively speaking. Is It Wrong to Try to Pick Up Girls in a Dungeon? by Omori Fujino was not how I thought it was going to be at all. I really really like it, which honestly surprised me. When this had first come out, it became popular instantly and due to that, it turned me off. It's been five years since the first season released and I watched it for the first time!
Read more »
Posted by Mrs. Jay Maddox at 8:00 AM No comments: 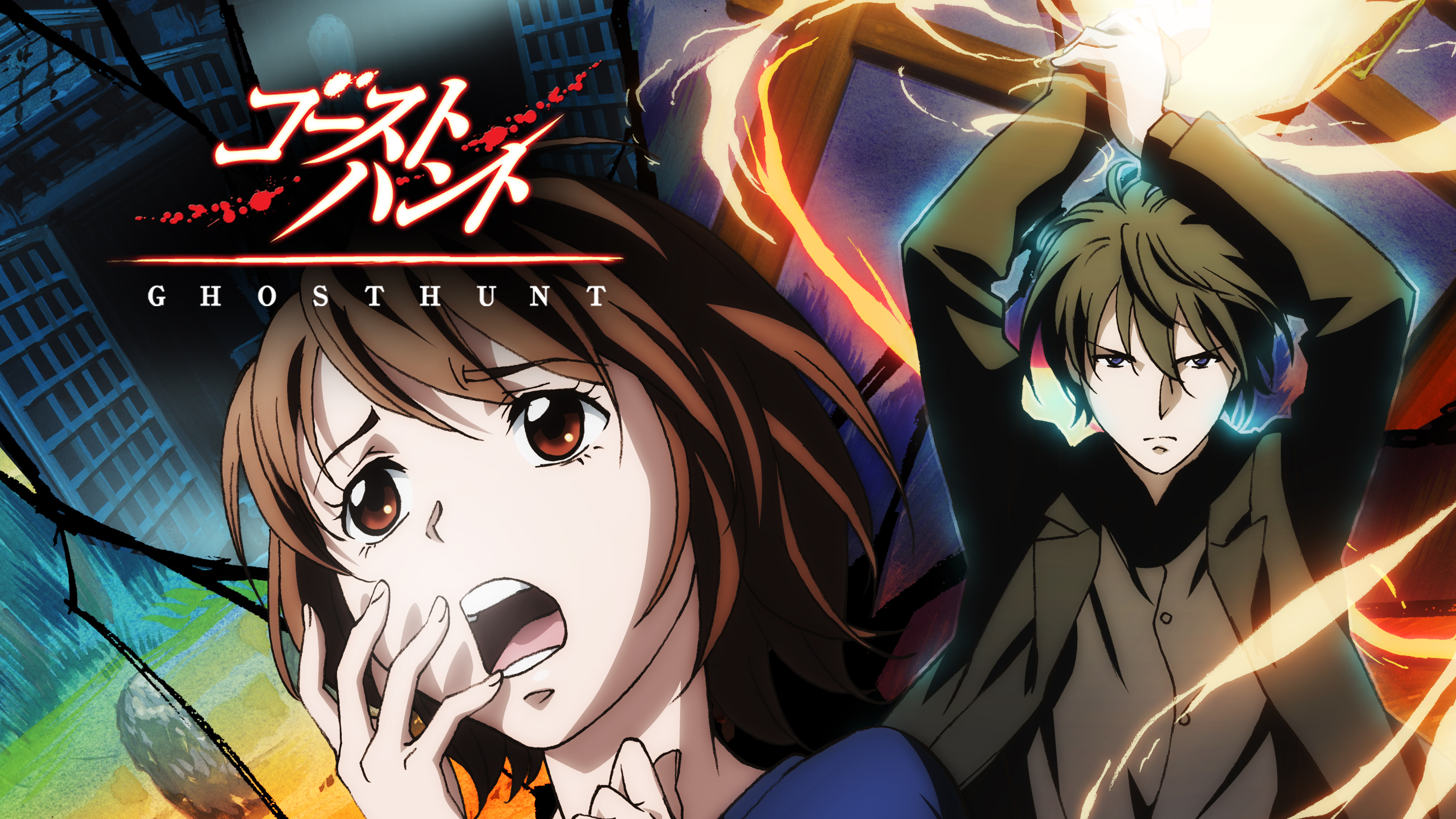 A complete gem, Ghost Hunt is one of my favourite anime, the only one, in fact, that I own on DVD and only 25 episodes. This anime is a bit old, from '06, but it's really amazing and I wish there were more. The manga definitely has more, but unfortunately they never animated it into a season two. This story really takes place in Japan, where a young high school student named Taniyama Mai, somehow becomes indebted to a young CEO genius, Shibuya Kazuya. Some hilarity ensues along with some suspense and creepy creepy supernatural things with a wide cast of interesting characters! 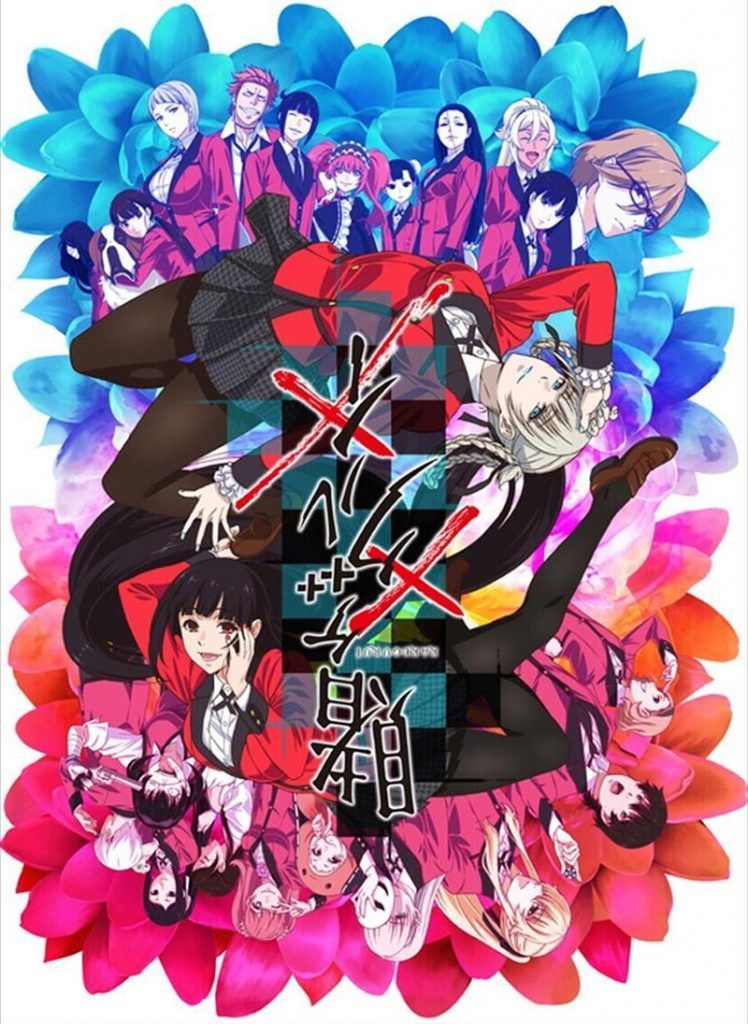 I know that I was going to hold off on season two, but I ended up with the urge to see what happens next, so I binged season two. This season picks up right where season one left off. The last episode of season one deviated from the manga, but this season puts it right back on track.

Get Updated by Email!